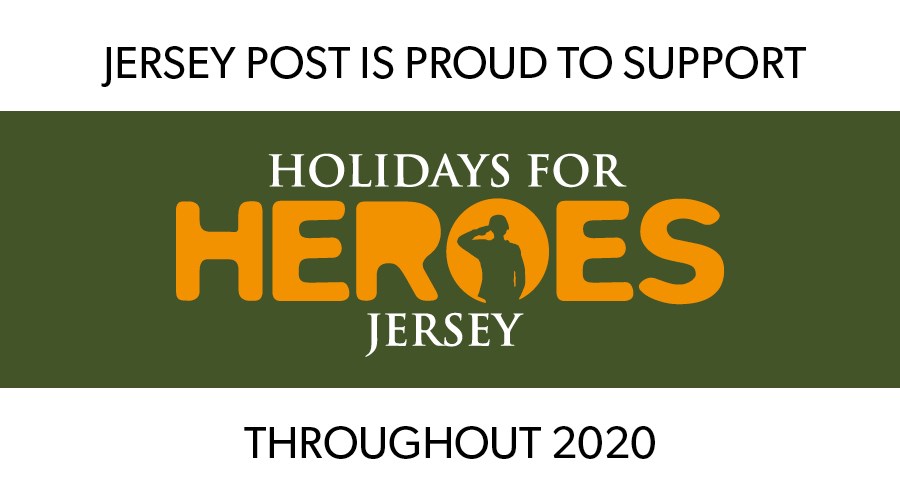 Jersey Post staff have selected Holiday for Heroes Jersey (H4HJ) as their chosen charity for 2020, following a staff vote taken in November of last year.

Since 2013, Jersey Post has committed a year of fundraising to multiple local charities including Headway Jersey, Macmillan Jersey, Jersey Alzheimer’s Association, Jersey Cheshire Home, Les Amis and JSPCA, raising over £110,000 in total and increasing awareness of these charities through a variety of individual, team and company-wide initiatives.

Tim Brown, Chief Executive of Jersey Post, said: “With 2020 being the 75th anniversary of the end of WWII, we could not think of a more fitting charity to support this year than H4HJ. It is a very appropriately timed opportunity to help give something back to the servicemen and women who have done so much for so many.”

H4HJ is a local charity whose aim is to provide a week’s holiday on our beautiful island to any past or present member of HM Forces with injuries of mind or body attributable to their service.

Founded by Dawn & Richard Woodhouse in August 2008, H4HJ have provided over 3,000 holidays, and the charity continues to go from strength to strength. The concept for the charity arose during the 2007 Remembrance Day Service at the Parish Church of St Clement, where the Rector’s sermon inspired Dawn to consider providing holidays for injured service personnel.

Having run the charity themselves for the past 11 years, Dawn and Richard will be stepping back in early 2020 but remaining as Governors of the charity. They will be closely involved with Richard Harwood, the Chairman-Elect, who will be leading the charity forward.

Dawn and Richard Woodhouse, Founders of H4HJ, commented, “H4HJ is thrilled and honoured to be chosen as Jersey Post’s charity for 2020. We often say that our success is due to the support of Islanders and the local business community, Jersey Post is a fine example of that generosity, and we look forward to working with them.”

Jersey Post is proud to support them through this new and exciting phase.