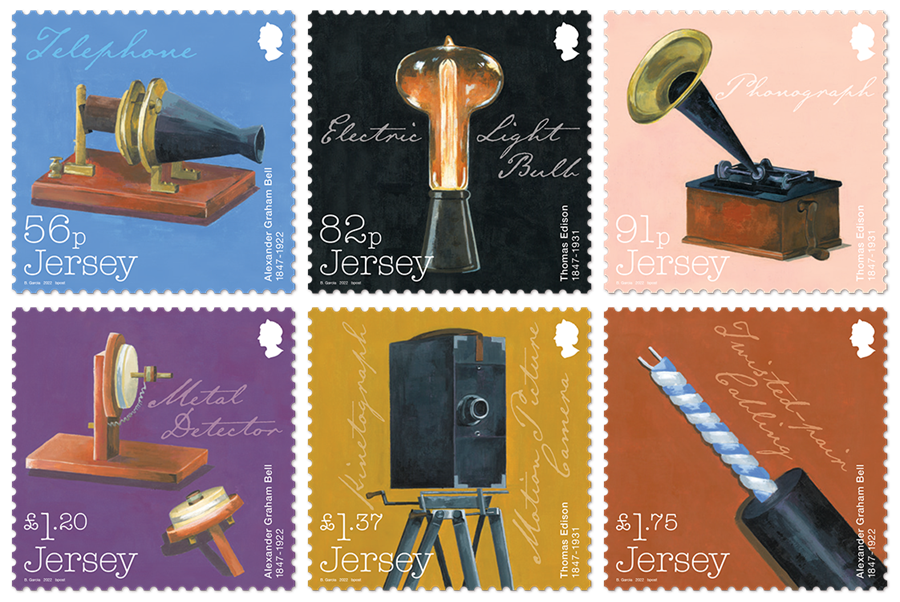 Alexander Graham Bell and Thomas Edison will be commemorated with six stamps and a miniature sheetlet to be issued by Jersey Post on 2 August 2022. Illustrated by Beatrice Garcia, the stamps celebrate these two prolific inventors and some of their greatest inventions.

2022 marks 175 years since the birth of both Alexander Graham Bell and Thomas Edison and 100 years since the death of Bell. Graham Bell was a Scottish-born American inventor, scientist and engineer who is best known for patenting the first practical telephone. He held more than 18 patents for his inventions and work in communications. Thomas Alva Edison was an American inventor and businessman best known for inventing the first practical incandescent light bulb. Singly or jointly, Edison held a record number of 1,093 patents and created the world’s first industrial research laboratory.

Illustrated across the set of Jersey stamps are six inventions that changed the world: the telephone, the electric light bulb, the phonograph, the metal detector, the kinetograph motion picture camera and twisted pair cabling. The miniature sheetlet features portraits of Alexander Graham Bell and Thomas Edison alongside illustrations of two early versions of the telephone, a device to which both contributed. Whilst Bell is credited with the invention of the first telephone, Edison’s work in developing a microphone that made it easier to hear what was being said, greatly improved its commercial viability. 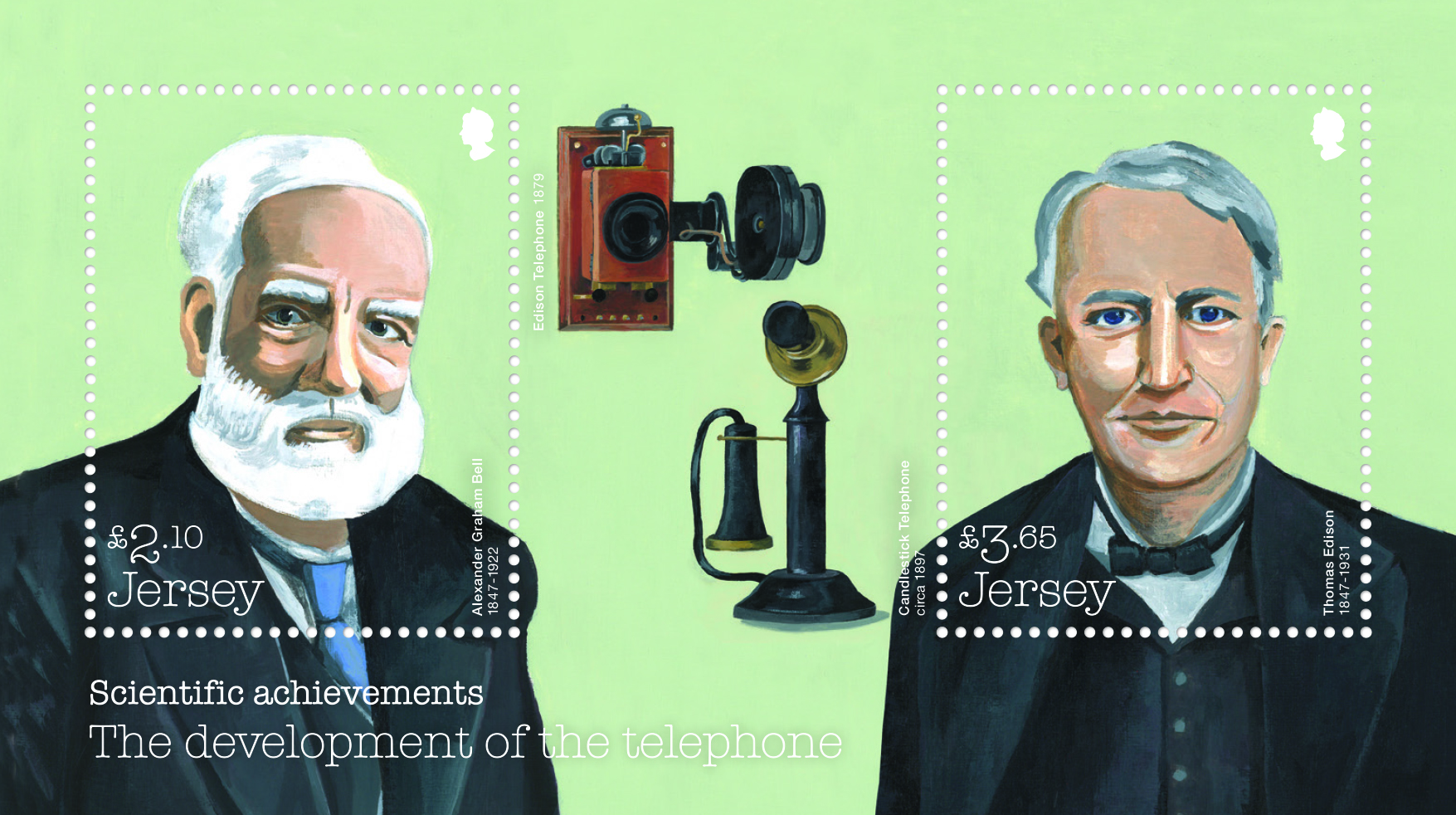 Stamp artist, Beatrice Garcia, says of the project: "These stamps showcase inventions from two of the most iconic inventors of the 19th century. Bell and Edison were innovators of their time; hence I chose a contemporary palette of pastel shades for the backgrounds of the stamps to reflect their modernity. The pastels also contrast nicely against the often-dark tones in the inventions, giving the inventions centre stage."

Beatrice Garcia is a Gibraltar born, Amsterdam-based fine artist and illustrator. She has a first-class degree in Finance and combines her artistic skills with her finance mindset. Garcia’s joyful, bold illustrations are inspired by the colours of the Mediterranean and her work has been exhibited internationally with exhibitions in Gibraltar, Madrid and London.

Jersey Post’s Scientific Achievements stamps will be available to buy from all branches of Jersey Post from 2 August 2022, whilst philatelic stamp products such as miniature sheetlets, first day covers and presentation packs will be available from the Jersey post offices at Broad Street and Rue Des Pres. All items can be ordered now at www.jerseystamps.com or by telephoning the Jersey Philatelic Bureau on: +44 (0)1534 616717.