Jersey Post is proud to have been issuing its own stamps since becoming an independent postal administration operator in 1969. The island of Jersey is rich in history and culture and over the years Jersey Post has produced stamps on a wide range of topics including the Island's heritage, special anniversaries and Jersey’s links to celebrated figures and world events.

Our philatelic team creates stamps to service the operational needs of the Island, but it has also built an international reputation for the quality and innovativeness of its stamp issues, which are sought-after and valued by collectors the world over.

Constantly looking to produce issues which broaden interest in philately, Jersey Post’s philatelic team works closely with specially commissioned illustrators, designers and photographers, both local and international, to create Jersey’s postage stamps. Miniature pieces of art in their own right, the stamps are extremely varied, featuring beautiful photographs, striking illustrations, exquisite paintings and contemporary graphics. Together, they make an impressive and eclectic collection of art.

Collectors are attracted by a suite of products which go far beyond the stamps themselves, including elements which derive from aspects of the production process - souvenir miniature sheets, souvenir sheetlets, sheet selvedges, first day covers and special edition collections - all of which have their part to play in creating value for an issue.

Beautiful stamps from a beautiful Island 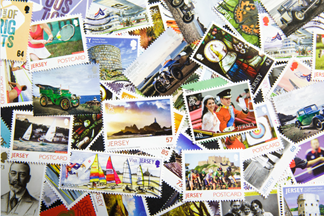 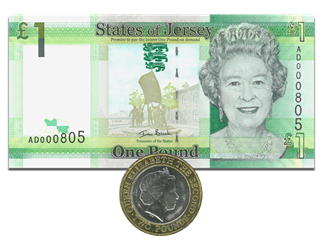