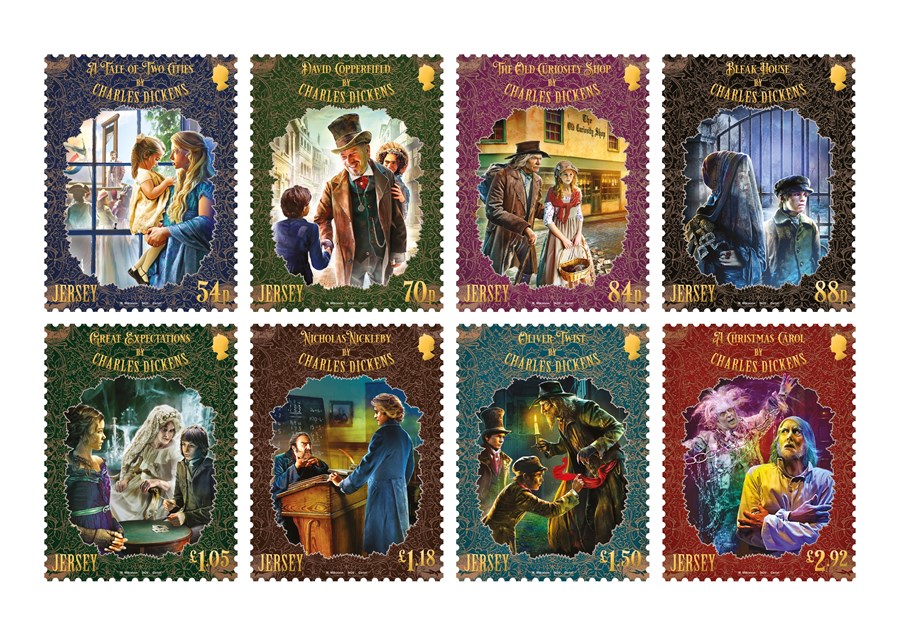 Charles Dickens, widely regarded as the greatest author of the Victorian era, will be commemorated with a set of eight stamps to be issued by Jersey Post on 9 June 2020, 150 years after the author’s death. Created by Mark and Julie Wilkinson, the stamps have been designed to look like classic leather book covers and feature key scenes and characters from some of Dickens’ best-loved works.

Dickens was born in Portsmouth, Hampshire in 1812 and died in 1870. Appreciated for his vast contribution to English literature, he is particularly well known for his powerful and evocative descriptions of Victorian London. Many of Dickens’ novels carry social commentary, exploring themes of poverty and social tension and often taking real people and circumstances, including Dickens’ own, as their inspiration. Unlike other authors of the Victorian era, Dickens’ work appealed to both the lower and upper classes, allowing him to enjoy a universal popularity that was rare for authors of the time.

Artist Mark Wilkinson, who designed the stamps with his wife Julie, says of their approach: “The illustrations for a set of eight stamps to commemorate Charles Dickens, based on some of his most loved novels, presented quite a challenge in comparison to previous sets I’ve designed! We had an idea to present the stamps like original first edition book covers, as if the titles and Dickens’ name were in gold leaf, and each colour plate pasted into a cloth binding. This gave the set a vintage look, and a theatrical feel too. The books are so full of rich and complex characters, we had to try to grasp the essence of each story, hopefully in an original way. Julie sketched out each design, chosen from one of the iconic scenes from each book. I used these drawings as the basis for the final artwork.” 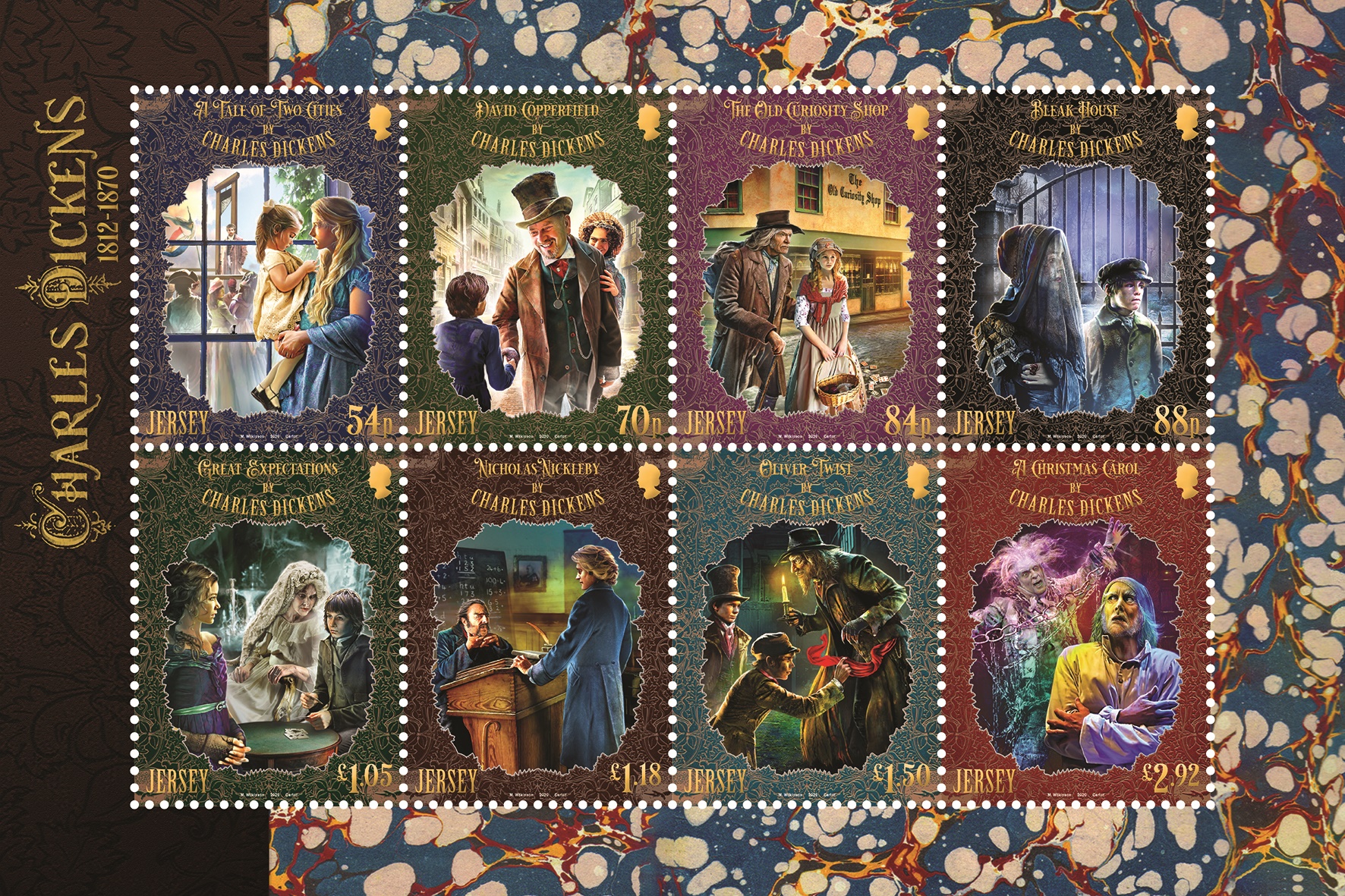 Artist, Mark Wilkinson was born in Windsor in 1952 and has been working as a freelance illustrator for the past thirty years. He is best known for the detailed surrealistic cover art he has created for a number of British bands. In addition to the forthcoming Charles Dickens stamps issue, Wilkinson created the designs for Jersey Post’s 2017 stamp issue, Kaleidoscopes and the 2019 Europa issue: National Birds – Birds & Symbolism.

Philatelic stamp products such as Souvenir Sheetlets, First Day Covers and Presentation Packs will be available from the Jersey post offices at Broad Street, St Helier and Rue Des Pres, St Saviour from issue day. All items can be ordered now at www.jerseystamps.com or by telephoning the Jersey Philatelic Bureau on: 00 44 (0)1534 616717.